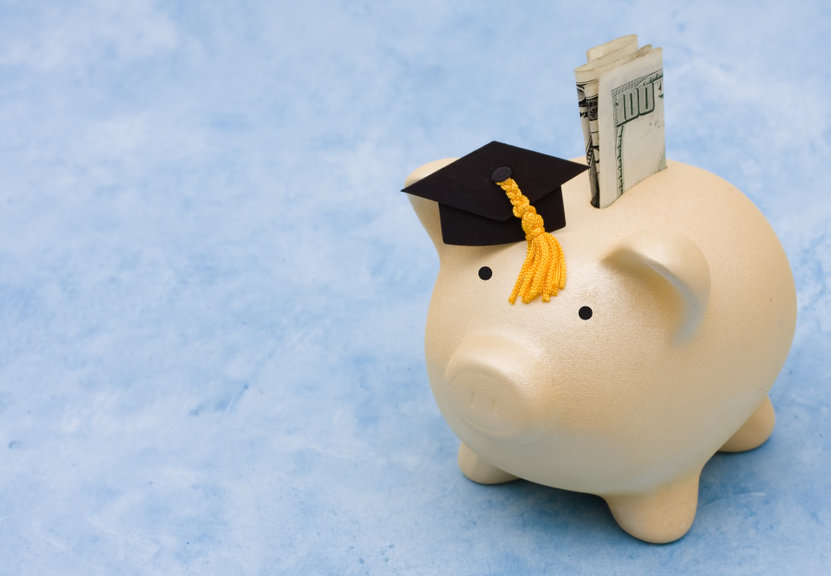 That’s right, inflation: the sound-the-alarm scourge to consumers everywhere that’s hiking the price of goods and services. Over the last year, prices have risen 6.2% — the largest annual increase in three decades, according to October data from the Bureau of Labor Statistics.

Student loan borrowers face a payment restart in February after a 22-month pause. In the meantime, they’re praising inflation because — as they posit — it reduces the value of their debt.

“It’s always good to be a fixed debt holder during an inflationary period,” says Jason Delisle, senior policy fellow in the Center on Education Data and Policy at the Urban Institute, a nonprofit research organization.

This is the logic: Since student loans have a fixed interest rate, meaning the rate is not sensitive to market fluctuations like variable rate loans are, its value decreases as rising inflation devalues the dollar. The result is that loans borrowed in the past are worth less when you repay them in the present.

Kathryn Anne Edwards, an economist at the RAND Corporation, a nonprofit global public policy think tank, says, “In theory you can inflate away debt; it’s something we don’t recommend.”  She says borrowers might want to curb their expectations about inflation’s potentially positive effect. Your debt’s value may technically be lower, but that won’t matter if your wages don’t keep up with inflation, and if your other household expenses also rise faster than your wages.

The value of your fixed rate debt only declines if your wages also rise at a comparable rate alongside inflation.

As inflation continues to climb, it’s unclear whether wages will rise across the board. It’s possible that labor shortages and widespread employee demands for higher pay will force employers to increase wages, but it entirely depends on the industry or sector, experts say.

However, you could be more insulated from certain rising costs than certain groups. For example, increases in healthcare costs hit the elderly harder than others, and childcare costs hit those with young children as opposed to those with older children.

It’s unclear if wages will or won’t keep up with inflation. But long-term effects from that might not happen quickly, says Constantine Yannelis, an assistant professor of finance at University of Chicago Booth School of Business.

What we have seen so far is this: Real average hourly earnings for all employees decreased 1.24% from October 2020 to October 2021, according to November 10, 2021, data from the Bureau of Labor Statistics.

Say your wage does increase along with inflation and your loan payment stays the same. You could benefit from inflation in that your loan will be less expensive since its amount does not change, but your income has.

That means if your income rises in response to inflation or other reasons, and you’re enrolled in an income-driven plan, then your monthly payment amount will also increase. There is an upside though: The higher your loan payment, the faster you pay off your debt and the more you’ll save on interest.

“It’s not necessarily a bad thing, but the perception of borrowers matters a lot here and there may be a little bit of a backlash when people see their payments rise because their incomes have gone up,” Delisle says.

Yannelis says inflation could affect your payment under an income-driven plan in a different way. If the federal poverty guidelines shift in response to inflation, then the amounts used to calculate discretionary income could change, as well.

All borrowers need to factor student loans back into their budgets

Nearly 43 million people will have had 22 months without federal student debt payments in their budget come February 2022. A lot can change in that time.

The payment pause was intended to give borrowers breathing room to focus on other financial needs. For some borrowers, this meant paying for rent and food. For others, it meant paying down their student loan principal, buying a home or a car, finding higher quality care for their children or elders, investing or padding a retirement account.

And according to data from the Federal Reserve Bank of St. Louis, many Americans were able to save since the start of the pandemic due — in part — to a combination of the payment pause, the expanded Child Tax Credit, extended unemployment insurance and stimulus checks.

Borrowers with financial cushioning won’t feel the sting of repayment or inflation’s impact on goods and service costs as quickly as others, experts say. But those who are still out of work or who were in default prior to the pandemic may have a tougher time with the transition.

What all borrowers can do ahead of payment restarting is contact their servicers about their options, which could include:

If you choose to take an additional pause through deferment or forbearance, interest will continue to collect and will be added to your principal whenever you do start repayment.

The article Will Inflation Be Good for Student Loan Borrowers? originally appeared on NerdWallet.