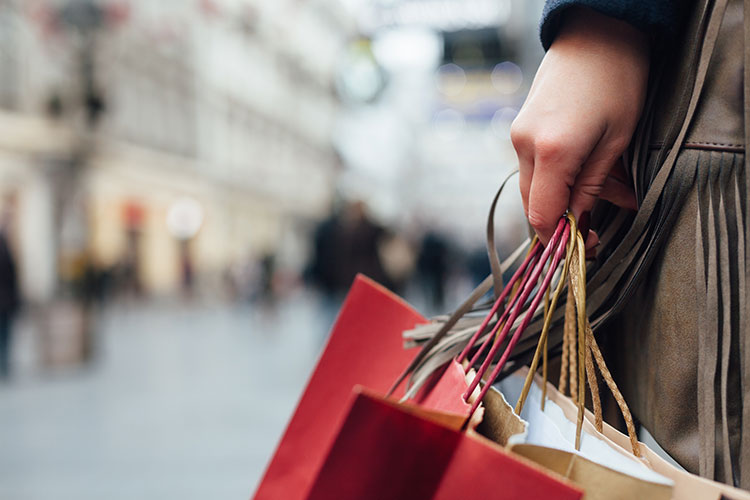 November brings forth a cornucopia of sales: Thanksgiving, Black Friday and Cyber Monday. But that’s just the beginning of what this deal-driven month will produce. Here are the categories from which shoppers should be buying — and a couple they should skip — over the next few weeks to get the most for their money.

Of all the products that will be on sale in November, electronics take center stage. Stores stuff the pages of their Black Friday ads with markdowns on tablets, gaming systems, smartwatches, smartphones and more.

Accordingly, shoppers should be patient and wait until Black Friday (Nov. 25) to make an electronics purchase. Some major retailers will kick off their Black Friday deals a day early, on Thanksgiving. If you don’t want to brave the crowds to get a deal, many stores will also give shoppers an opportunity to do their discount shopping online.

It’s a little too early to put a fresh set of sheets on the bed. January is your best bet for a deal on bedding and linens. Dating to the 1800s, stores have promoted bedding discounts called “white sales” at the beginning of each year as a way to bring shoppers into their home departments. In January 2016, bedding basics were slashed by 60% to 70% at stores like Wayfair and Macy’s. We expect similar levels of savings again in 2017.

Aside from spring cleaning season, November is a solid opportunity to add a new vacuum cleaner to your closet. Last year, Wal-Mart had a Dyson DC33 bagless upright vacuum on sale for $197 (regularly $269) as part of its Black Friday sale. Dyson, too, had a Thanksgiving weekend sale on its website, with select models marked down by hundreds of dollars. Expect these sweeping sales to land at the end of the month.

» MORE: What to buy every month of the year

The first day of winter is fast approaching. Dec. 21 will mark a change in seasons, but retailers are already gearing up for the cold months by releasing winter apparel and sporting equipment early — usually at full price. Similarly, Christmas decorations now adorning store displays are more expensive when they first hit shelves than when they’re on their way out the door. Consider reserving your seasonal purchases until closer to Christmas.

Dress shops have been known to clear out racks of existing merchandise in the fall as they make way for brides to shop new styles. In fact, we spotted discounts on wedding gowns and bridesmaid dresses happening right now at David’s Bridal. Another insider tip: If you really want to save big, buy a dress that isn’t a wedding dress at all. Many stores sell white dresses in styles similar to wedding gowns, but if the dress isn’t labeled as such, it’ll generally cost you less.

If you’re planning a major purchase such as a refrigerator or computer, hold off until the end of the month. Major retailers like Best Buy, Target and Wal-Mart usually release Black Friday advertisements in the days or weeks before Black Friday to announce their upcoming deals and doorbusters. In 2015, Best Buy delivered a 49-inch Toshiba 1080p HDTV for $149.99. Among other deals, Target took 25% off all Beats wireless headphones for Black Friday and gave a coupon code for 15% off its entire website on Cyber Monday.

Veterans Day traditionally delivers military-specific discounts at retailers and restaurants to salute members of the armed forces, but savings extend to everyday shoppers as well. Last year, a variety of popular stores hosted patriotic promotions, including J.C. Penney, which reduced select home collection styles by 30% to 50%, and Sleepy’s, which took up to 65% off select mattresses. This year, Veterans Day is on Friday, Nov. 11, but sales will likely last throughout the weekend.

The article What to Buy (and Skip) in November originally appeared on NerdWallet.