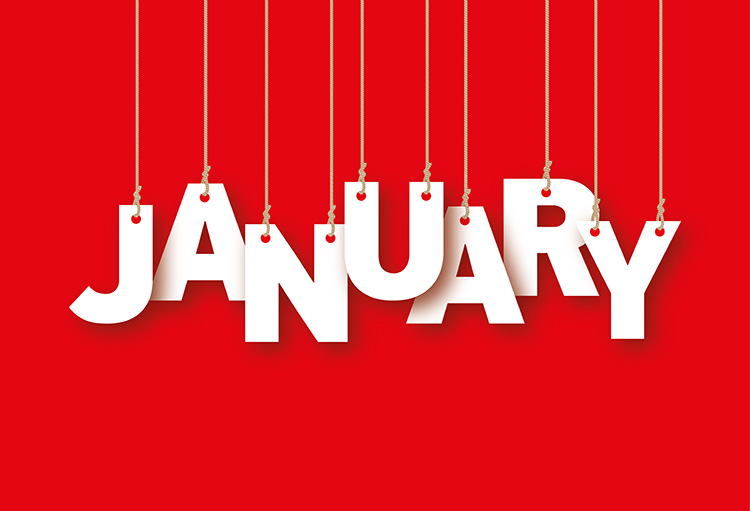 If finding deals is your New Year’s resolution, January is a great time to start.

For those who want to make saving money a priority in 2017, here are our recommendations for what to buy (and skip) this month based on NerdWallet’s analysis of historical sales cycles.

The period after Christmas has long been the best time to buy Christmas decorations.

You may scoop up some post-Christmas deals on Dec. 26, but come Jan. 1, there will still be a handful of artificial trees, red ornaments and shiny wrapping paper spilling over in store clearance aisles. Stock up on holiday close-outs if you have space to hang onto extra tinsel until December.

You can’t always time your smartphone purchase. If your trusty iPhone has seen better days, it may be time for something new. But if you’re planning an upgrade in the not-so-imminent future, consider waiting a while longer.

Prices on existing phone models tend to go down whenever a new phone is released. For Apple phones, the sweet spot is usually September after the company’s annual keynote product announcement. As for Samsung, tech enthusiasts speculate the Galaxy S8 could arrive around April.

The end of football season marks the beginning of television deals, as retailers help shoppers prep for viewing parties. The Super Bowl will air on Feb. 5, but we expect retailers will kick off sales at the end of January — making it an excellent time to score a bargain.

In 2016, Wal-Mart, Best Buy, Amazon and more discounted a wide variety of TVs in assorted brands and sizes ahead of the big game. Look for similar savings again in 2017.

Toys were hot during the holidays; if you haven’t heard of a Hatchimal, you’ve probably been living under a rock. But with Christmas over, January likely won’t see many worthwhile toy deals. The good news is your little ones are probably set for a while after all of their December gifts.

January is a solid time to sign up for a gym at a discounted introductory rate, as many chains offer special New Year’s rates. But don’t spend that money unless you’re sure you’ll use the membership. All too often, new members lock themselves in for a full year, then stop showing up after a month or two.

Great deals on mattresses will come in February, when Presidents Day sales bring discounts. Presidents Day is Feb. 20, so hold off for another month if you’re in the market for a new mattress. Or if February is too soon for your budget, mattress deals will be back again in May over Memorial Day weekend and in September over Labor Day weekend.

You might not want to buy a whole new mattress, but you can save on the sheets and blankets that go on your existing mattress. January is the month when department stores host “white sales” to clear out their existing inventory of sheets, towels, blankets and more. Expect savings to be especially deep on clearance items. Last year, we saw several stores offer 60%-70% off bedding basics.

You may not associate Martin Luther King Jr. Day with shopping, but retailers certainly do. The holiday falls on Jan. 16 this year, and you can anticipate deals on clothing and home goods.

Highlights from the holiday’s 2016 sales included 10% off select major appliance purchases of $396 or more at Lowe’s and an extra 40% off sale items at Anthropologie with a coupon code as part of the Winter Tag Sale.

It’s not just sales to keep an eye out for this month. The calendar year is filled with days of observation for just about everything, and one of them — National Spaghetti Day — happens on Jan. 4. Use this day as your chance to get dinner on the house.

In 2016, Noodles & Company gave away a coupon for a free small bowl of spaghetti with purchase of any entree.

As you’re searching for deals and end-of-season savings this month, keep in mind that waiting for low prices can be a trade-off, says Ozalp Ozer, a professor of management science at the Jindal School of Management at The University of Texas at Dallas. You’ll have to put time into the search. And buying at the time of a better deal may mean that inventory will already be picked over.

But for the budget-conscious, the extra time and risk of regret is worth it.