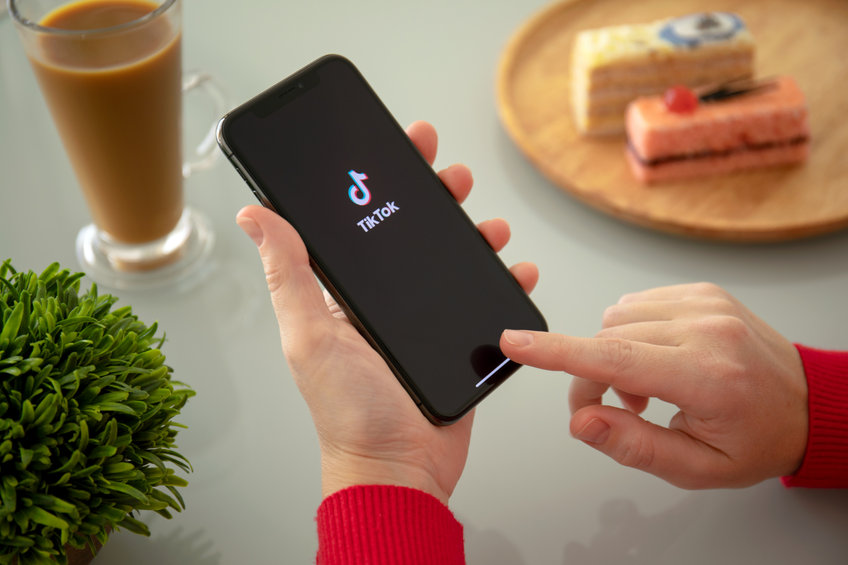 This article provides information for educational purposes. NerdWallet does not offer advisory or brokerage services, nor does it recommend specific investments, including stocks, securities or cryptocurrencies.

Do-it-yourself is fine when the stakes are low; everything you need to know about patching drywall is on TikTok. But what about when the stakes are high? Would you rewire your home after watching a few TikTok videos? Probably not, and the same logic goes for financial advice.

Pouring your savings into an investment — or any product — being hawked on social media is generally a bad idea. But how will you know which bits of advice are legitimate, and which are bunk? Below, experts weigh in on the worst investment advice they’ve seen recently on TikTok and other social media.

1. The FIRE movement is for everyone

FIRE stands for “financial independence, retire early,” and given how the movement has spread on social media, the acronym is apt. Chris Woods, a certified financial planner and founder of LifePoint Financial Group in Alexandria, Virginia, says that many of the core tenets of the FIRE movement are great: They focus on lowering your expenses, saving heavily, putting money into diversified index funds and generating multiple streams of income to help you retire early, which may all be sound financial decisions.

The problem is, everyone’s financial situation is different. Financial planners spend a lot of time upfront learning as much as they can about someone’s unique financial standing before making any recommendations. And for some, he says, the FIRE movement may be an appropriate goal. But it’s not for everyone, and sound bites from social media influencers can’t take your personal situation into consideration.

“So many people will do what these influencers are saying, even if it’s not the appropriate thing for them,” Woods says. “That’s one of my big overarching disappointments or gripes with the influencers out there. Because a lot of times, they’re talking about this stuff without context.”

The next time you see someone living their best #vanlife and boasting how they retired at 30, remember you’re seeing a highlight reel, Woods says. Their financial situation may have been completely different from yours, and there’s no guarantee what worked for them is right for you.

There’s a thought out there that boring, long-established wealth-building strategies, such as funding retirement accounts like 401(k)s and IRAs, are outdated.

“This is all so faulty and so bad I don’t know where to start,” says Tiffany Kent, a CFP and portfolio manager at Wealth Engagement LLC in Atlanta.

Kent says that to stand out on social media, someone can’t just talk about typical retirement accounts over and over again, no matter how proven they are. Boring doesn’t inspire viewers to smash that “like” button.

Instead, they talk up new, complicated — and at times confusing — products, simply to stand out from the crowd. Sometimes the ideas are a bit contrarian, other times they’re outright outlandish. But this approach, Kent says, is absolutely the wrong way to get financial advice.

Gene McManus, a CFP, certified public accountant and managing partner at AP Wealth Management in Augusta, Georgia, said by email that he’s seen claims that precious metals IRAs (which invest in gold and silver instead of stocks and bonds) are a better choice than typical IRAs.

He said acolytes of the strategy argue that precious metals IRAs better protect your money from things like inflation, global supply shortages or a collapse of the financial markets.

“The long-term history and performance of gold and silver do not indicate that they are a rewarding asset class,” he said. “There are short-term periods that they might outperform the S&P 500, but over the long term, they don’t make sense to own, especially exclusively or overweight in a portfolio.”

4. Hundreds of thousands of people can’t be wrong

It’s true that there’s power in numbers. However, it’s equally fair to say that mob mentality, echo chambers and hype can get in the way of rational decision making. Anthony Trias, a CFP and principal at Stonebridge Financial Group in San Rafael, California, says he’s worked with clients who are investing in stocks they’ve heard mentioned on social media — no matter how staggering the claims of future potential — because of how many people were talking them up.

“There are going to be 300,000 people on social media saying one thing,” Trias says. “But prudent investors block out the noise, do their due diligence and look at who they’re actually listening to.”

Trias also echoes Woods’ concerns. Validating investment ideas based on social media hype is problematic, he says, because investment decisions should be highly tailored to you and your needs — and that’s just not possible on social media.

5. Your cryptocurrency will absolutely go to the moon

All the rocket emoji in the world couldn’t give a valueless cryptocurrency long-term staying power, no matter who’s pumping it.

Clayton Moore, founder and CEO at crypto-payment system NetCents Technology, said by email that while engaging platforms like TikTok have been instrumental in spreading the word about cryptocurrencies, they’ve also become breeding grounds for fraud.

“You’ve got to watch out for the crypto influencer who’s just in it for a quick buck,” he said. “The classic pump and dump.”

Moore said it’s common for crypto influencers to accept payment in exchange for making wild claims about a coin, only to abandon their support for it once the check clears.

The article The 5 Worst Investment Tips on TikTok originally appeared on NerdWallet.