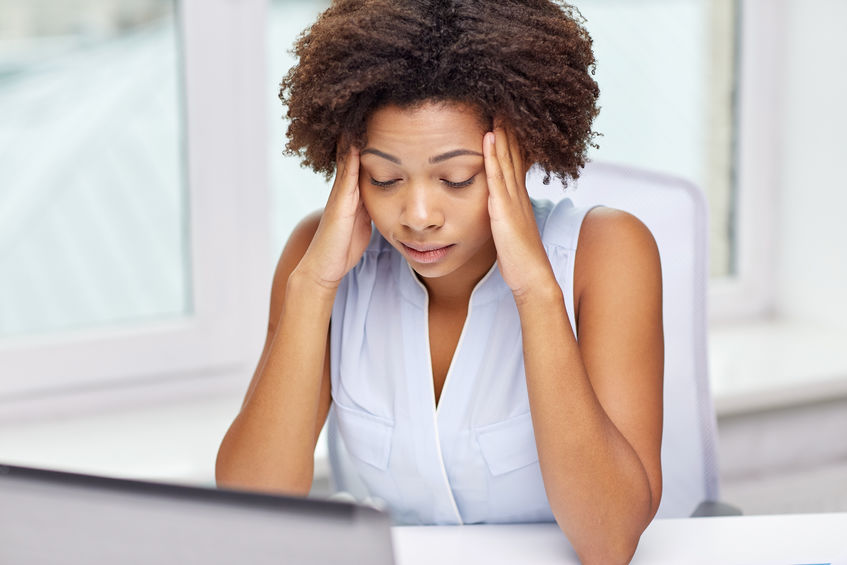 Millennials are a burned-out bunch.

Millennial workers are more likely than older generations to report being burned out at work, according to a 2018 Gallup study. The gig economy, the temptations of social media and the high expectations millennials have of themselves contribute to this trend, behavioral finance experts say.

Add to that record student debt levels, the cost of health care, slow wage growth and little work-life balance, and you have a recipe for emotional exhaustion.

“Millennials have this double whammy of anxiety coupled with a really strong work ethic,” says Kit Yarrow, a consumer psychologist and professor emerita at Golden Gate University. “Before they even get started, millennials approach their tasks in life with a [base] level of anxiety, which depletes their resources for managing stress.”

This is not to say “adulting” is especially difficult for this generation or to assume that all millennials are struggling. But understanding how burnout harms financial decision-making can help you or a loved one break through it and achieve goals.

Burnout isn’t the same as stress.

The World Health Organization, which added burnout to its handbook of recognized health conditions this year, says symptoms include “feelings of energy depletion or exhaustion; increased mental distance from one’s job, or feelings of negativism or cynicism related to one’s job; and reduced professional efficacy.”

Burnout is linked to your job, but it can also affect your financial decisions outside of work in the following ways:

You pay more for convenience. You could be spending money regularly on takeout, Uber rides or grocery delivery, for example.

People are often willing to pay more for convenience because they’re exhausted — from working multiple jobs, long hours or being available for work all the time — and because it makes mundane tasks easier, says Theresa Stevens, 26, a financial coach who works with millennials at Declutter Your Money in Providence, Rhode Island.

You splurge as a reward. “Treat yourself” isn’t just a hashtag; it can be a coping mechanism. When it comes to rewarding ourselves, “our mind tricks us into taking us off the hook,” Yarrow says.

“You might think: I already have student loans and credit card debt and my rent is half my income so I might as well go out and eat, because what difference will it really make?” Stevens says.

Social networks and the ease of online shopping make it harder to resist temptation, says Mariel Beasley, co-founder of the Common Cents Lab, a behavioral science research lab at Duke University that focuses on improving financial well-being for low- and middle-income households.

“We see the food people are getting at fancy restaurants, the cute new shoes they bought or the places they’re traveling to,” Beasley says. “We’re seeing their spending; rarely do we see what they’re saving.”

How to break through burnout

You can’t fix the economy or wish away debt. But by recognizing burnout, you can make things easier on yourself. Here’s how:

Know your “why.” Your values motivate you when you’re paying off debt or saving for a dream vacation. They can also help you prioritize what you’re willing to spend money on and cut back on.

Values aren’t the same as goals. Paying off a credit card is a goal, but achieving financial freedom is a value, Stevens says.

Budget strategically. Budgeting isn’t about cutting out the small things that give you joy, like the occasional Uber or your latte habit.

Taking a big step to save money — think moving into a cheaper living situation, refinancing your student loans or canceling subscriptions — is more sustainable in the long run than, say, resolving to eat out less, Beasley says.

“Every day when you’re making a decision to spend less, it’s hard to keep going,” she says. “We naturally bounce back to our old habits.”

After you’ve identified your values, a budget is a tool to help you live them. The 50/30/20 budget, which divides spending into needs, wants and savings, is a good place to start.

Channel money motivation. When you’re feeling motivated, take a one-time action that will save you effort, Beasley says.

Set up a small transfer — perhaps 5% of your income —  to a savings account so the money is out of sight, out of mind. Or cut up a credit card (but don’t close the account) to make it a little harder — but not impossible — to buy things you don’t value.