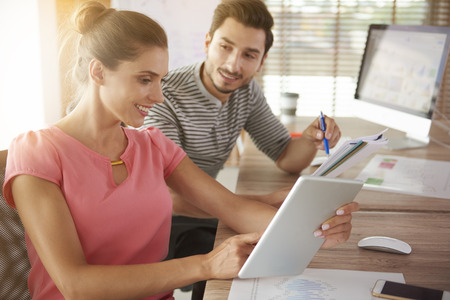 Everyone loves a hack — an uncommon solution to a common problem. There’s a reason so much of the internet revolves around things like “This One Little Trick” and “The Secret Doctors Don’t Want You to Know.”

But not every hack requires an accountant. Some can spur you to save more money for retirement or help you to pay bills on time every time. Any of the following could be a do-it-yourself hack that makes your financial life easier.

Contributions to retirement accounts are typically deductible, which means workers don’t have to pay income tax on the money they put into 401(k)s, 403(b)s and in many cases IRAs.

Many people don’t realize, though, that they also could receive a tax credit for the same contributions. A tax credit is better than a deduction, because it’s a dollar-for-dollar reduction in your taxes — perhaps all the way to zero.

The saver’s credit can shave up to $2,000 off the tax bill of low- to middle-income workers, but only about a third of U.S. workers are aware the credit exists, according to a 2016 survey by the Transamerica Center for Retirement Studies. (The credit also works for after-tax contributions to Roth IRAs and employer plans.)

In 2017, the maximum adjusted gross income you can make and still claim the credit is:

You can claim the credit using IRS Form 8880. Publication 590-A has the details.

About 1 in 5 U.S. adults doesn’t pay all bills on time, according to the National Foundation for Credit Counseling’s 2016 Consumer Financial Literacy Survey. For most, the issue isn’t lack of funds: 89% of adults polled in a recent NerdWallet survey said they made enough to cover their expenses, and 56% said they had money left over.

So why do we pay late? The culprits may be forgetfulness and ragged cash flows. The money’s coming in, but not always at the right time to cover all the bills. One potential solution to both problems is to change the days when bills come due.

Most credit card companies, many cell phone companies and some utilities allow customers to change their due dates. Mortgage, auto loan and student loan due dates typically can’t be changed, but most of these loans have grace periods that allow borrowers to make payments within 10 to 15 days of the due date without incurring late fees. Clustering due dates to better coincide with your paydays can make these bills easier to remember and to pay.

Forgetfulness also can be cured by setting up automatic payments, but that’s not the most popular solution. Only 32% of bills paid online are set up on a recurring basis, according to How Americans Pay Their Bills, the latest study by electronic payments company ACI Worldwide.

Another reason to move bill due dates: to make sure your most important expenses get paid if there are months when your income won’t stretch to cover everything. Failing to pay a credit card or student loan will hurt your credit scores, but failing to pay rent can get you evicted.

Some travel experts suggest clearing your browser of internet cookies between searches, on the theory that airline and travel sites will boost fares if they see you return for a second look. But a study for Consumer Reports found browsers “scrubbed” of cookies actually produced higher fares in some cases, said William McGee, an aviation consultant for Consumers Union, which publishes the magazine.

His advice: Try clearing cookies (your browser’s “Help” function tells you how), but also consider using different browsers, doing multiple searches and visiting many sites, since no single site consistently offers the best prices. Other suggestions include switching computers or using the incognito feature available in most browsers that prevent cookies, URLs and images from being stored in their history.

Shoppers also should be aware that what looks like the best price might not be once fees for seat selection, checked bags, carry-ons and meals or snacks are added in. (Kayak has a handy guide on airline fees.)

Technology was supposed to help people find cheap travel by making pricing more transparent, but the opposite has happened, McGee said.

“It’s really gotten murkier and muddier in the last 10 years,” McGee said. “Technology is being used in ways that aren’t helpful to the consumer.”

Liz Weston is a certified financial planner and columnist at NerdWallet, a personal finance website, and author of “Your Credit Score.” Email: lweston@nerdwallet.com. Twitter: @lizweston.