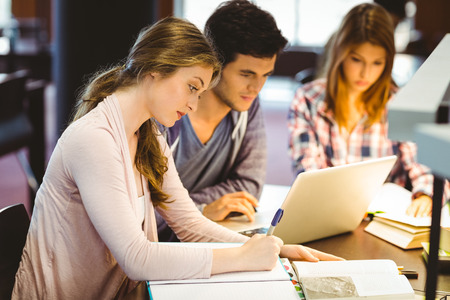 No one knows for sure when — or if — student loan forgiveness is coming.

As of now, you should plan for payments on your federal student loans to resume in January 2023, especially if you were counting on debt cancellation to erase your balance entirely.

Why? A federal judge in Texas has struck down the Biden administration’s plan to erase up to $20,000 per borrower. The plan is also under an injunction arising from another lawsuit, and several more lawsuits are winding their way through the courts. Any of them could derail debt relief, too.

While the Department of Education is seeking to overturn the court rulings, there’s no guarantee these roadblocks will be cleared before January — or ever.

Unless the president orders forbearance to be extended once more, the clock starts again in January. Loans will resume accruing interest, and missed payments eventually will leave a big dent on your credit history.

Will student loan forbearance be extended?

We don’t know. The White House has not yet committed to pausing payments beyond the Jan. 1, 2023, deadline. It’s possible, though, as forbearance has been extended multiple times since 2020.

“The Biden administration cannot resume payments on Jan. 1,” said Student Borrower Protection Center deputy executive director and managing counsel Persis Yu in a press release. ”It must use all of its tools to fight to ensure that borrowers receive the debt relief they need.”

But Scott Buchanan, executive director of the Student Loan Servicing Alliance, which represents the companies that handle federal student loan accounts, says student loan servicers are moving forward as though payments are restarting in January.

Are the lawsuits likely to succeed?

We don’t know. It’s unclear if any of the lawsuits to stop student loan cancellation will be successful in the end.

However, the two lawsuits that are most challenging have led to a complete halt of the program. In one case, a judge deemed the plan unlawful. The Biden administration quickly appealed the decision, but getting a final answer while the case moves through the courts will likely take months. In another, a court of appeals left an injunction in place, preventing any debt relief while the case moves through the system.

Borrowers should make plans based on the current situation, says Buchanan. That is: Student loan cancellation is blocked, and payments restart in January.

“You have these big programs and big decisions using authority that is untested in courts,” Buchanan says. “That can cause a lot of delays or this could mean it doesn’t happen.”

That stings for those watching from the sidelines.

“It makes me incredibly frustrated,” says Dave Christensen, a Wisconsin borrower who repaid his loans during the pandemic and is awaiting a refund he worries he might have to repay with interest. “We tend to drag things out for so long trying to become victorious for our agenda and our policies, we lose track of how this actually affects people.”

Can I still apply for debt cancellation anyway?

No. For now, the Department of Education has shut down new applications for relief until lawsuits play out. The White House says 26 million borrowers have applied, with 16 million already processed and ready to roll.

Will I have to return my refunded payments?

Yes, but not all at once. If you sought a refund for payments made during the pandemic, your new payment amount in January will reflect a larger balance, which will include the refund.

If you have not sought a refund, it might be best to wait until the debt cancellation lawsuits play out. If cancellation still happens and you paid your loan balance down below the amount of cancellation you qualify for, your refund will be automatic.

If you still want to put in a manual refund request, you have until the end of 2023 to do so.

What if I cannot afford to make payments?

“It’s going to take a while,” Wright says. “Take a day, take a lunch break, maybe take an extra hour, call your loan provider right now, and have a conversation about January 1st.” He says borrowers should be clear on the amount of their upcoming payments and ask servicers about options that could lower their bills.

An income-driven repayment plan caps your payments at a certain portion of your total income, potentially lowering your monthly bills while extending the loan period. Payments can be as low as $0.

If you’re already enrolled in an IDR plan, you won’t have to recertify your income before July 2023.

If you’ve lost your job, an unemployment deferment can let you skip payments altogether until you start earning again.

What happens to the other parts of debt relief?

The other provisions of debt relief are unchallenged so far, but they could be impacted in the future.