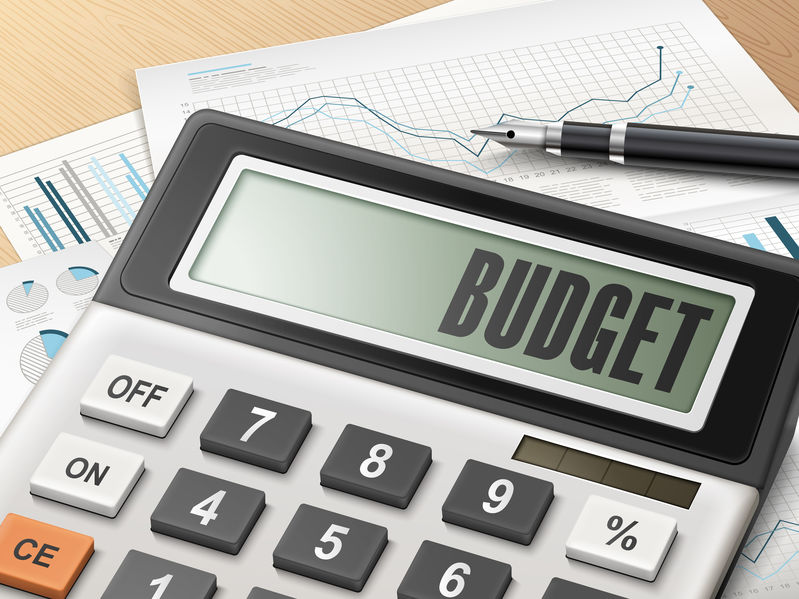 Webster’s New World dictionary defines budget as: “a plan or schedule adjusting expenses during a certain period to the estimated or fixed income for that period.”

If that doesn’t sound fun, I don’t know what does. (I’m kidding. It sounds terrible.)

By definition alone, budgeting sounds like a chore. So it’s no surprise that many people hear the word “budget” and think: Constraints. Restrictions. Hassle. And it’s even less of a surprise, then, that most people simply don’t do it.

Only 33% of American adults follow a budget, according to an October 2017 survey of Americans from NerdWallet. The time and effort involved are often cited as the reasons, but trying and failing is also a barrier. In a separate study from Northwestern Mutual, 79% of respondents said being financially responsible meant not deviating from a budget.

But it doesn’t have to be that way. Taking control of your money can be the opposite of restrictive; it can actually be freeing, Bell says.

“Really, it’s about getting more. More knowledge about what’s happening in your financial life, so you can be more intentional with your money. So you end up having more for the things that matter to you.”

The word “budget” isn’t very helpful. It doesn’t tell you anything about what you need to do. And, for many, it triggers negative associations. So let’s call it something else.

Bell likes cash flow plan. Other people prefer spending plan or expense tracker. You can even get creative with it and coin your own phrase — maybe money map or financial freedom scheme speaks to you. Whatever helps you envision the goal: to know what’s coming in and going out, and adjust where needed.

“When you think about it in that way, that’s pretty easy to handle,” says Vicki Bogan, associate professor of finance at SC Johnson College of Business at Cornell University.

Budgets are often reactive. You have a financial issue — too much debt, not enough savings, a series of unexpected financial hits — and you turn to a budget as a fix.

That is the right move, Bogan says, but it contributes to the negative connotations. Because reacting rarely feels empowering, but taking control does. So try your best to be proactive.

Try to start tracking your income and expenses before there’s a problem. So, when one arises, you’re ready for it. That is, by definition, empowering.

Focus on your goals

“Nobody wakes up excited about a budget,” Bell says. But you can certainly get excited about buying a house, attending your friend’s destination wedding or living it up in retirement.

Whatever the goal, use your spending plan as a means to achieve it. That way, you can break big expenses up over time to make them more manageable. And evaluate any purchases (outside of necessities like food, shelter and bills) against that goal.

Keeping the money you put toward your goals in a separate account will help you easily see your progress (and make you less tempted to dip into that fund for something else).

Yes, a spending plan involves limits. But those come in later.

The first step is to simply figure out where your money is going, Bogan says.

“Don’t monitor it. Just, you know, live your life,” she says. “And then on your app or spreadsheet really take stock of what you’re spending money on.”

Then start making decisions about what to prioritize and what to cut out or cut back on.

Once you hit a groove, check in throughout the month to see if your plan is lining up with your reality. It might line up one month and not the next. That’s OK. Plans are flexible.

If you’re consistently off, revisit your plan. Maybe that $100 monthly grocery budget was unrealistic. Or maybe you can be proactive, using coupon apps to find discounts on regular purchases. Either way, make adjustments as necessary.

“If this is something new, chances are it may not go perfectly well,” Bell says. “New habits take a while to establish. But just by starting the process, you’re in the game and you will find benefits very quickly.”

Kelsey Sheehy is a writer at NerdWallet. Email: ksheehy@nerdwallet.com.

The article If ‘Budget’ Sounds Like a Bummer, Try Renaming It originally appeared on NerdWallet.