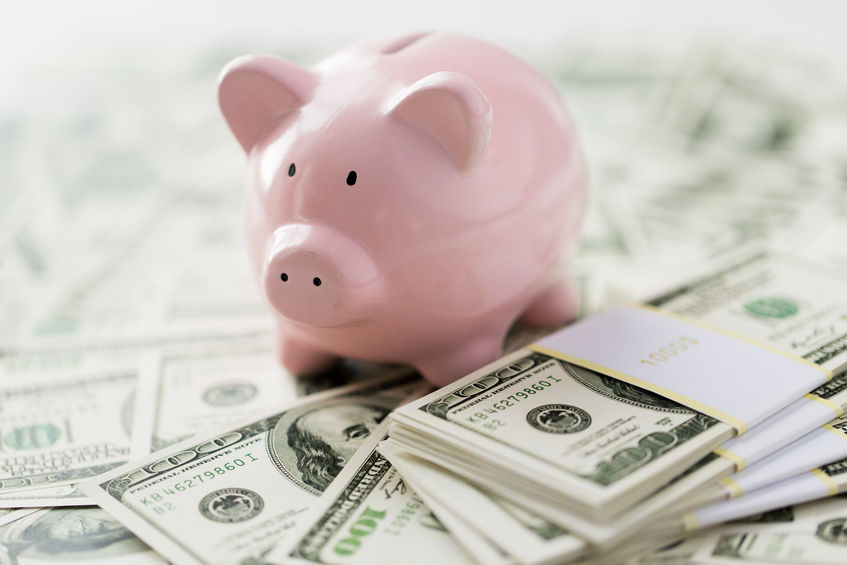 This article provides information for educational purposes. NerdWallet does not offer advisory or brokerage services, nor does it recommend specific investments, including stocks, securities or cryptocurrencies.

Inflation has been surging worldwide for months, and it’s impacting prices of nearly everything, from gas to Oreos. Wednesday, the Federal Reserve announced steps to take action.

“High inflation imposes significant hardship, especially on those least able to meet the higher costs of essentials like food, housing, and transportation,” said Fed Chairman Jerome Powell in a prepared statement on Wednesday. “We are committed to our price stability goal. We will use our tools both to support the economy and a strong labor market and to prevent higher inflation from becoming entrenched.”

The Fed on Wednesday also increased its 2021 forecast, projecting a 5.3% inflation rate this year, above its previous estimate of 4.2%. Additionally, it increased 2022 inflation projections to 2.6%, up from 2.2%.

Maybe you’re a saver planning for retirement. Maybe you’re a borrower — either with credit card debt or planning a major purchase, such as taking out a mortgage on a home. For savers and borrowers alike, the news is set to make major waves on your money. Here’s what you need to know.

Inflation simply means that the value of your money decreases over time. When your grandparents reminisce about when a soda cost a nickel, that’s a result of inflation.

While inflation is happening all over the world, it has hit the U.S. particularly hard, according to the Pew Research Center, which looked at inflation across 46 countries. Inflation during the third quarter of 2021 was higher than it was during the same period in 2019 in 39 of the 46 countries.

What’s more, the U.S. saw a 3.58 percentage point increase in inflation, which was the third- highest increase of any country in Pew’s analysis, behind only Brazil and Turkey.

What surging inflation and interest rate hikes mean for savers

“Inflation has been further fueled by a tight labor market,” says Leah Hartman, a finance and economics lecturer at the University of New Haven’s Pompea College of Business. “We’ve had global supply chain shortages. Pricing is crazy, and it’s especially hurting low-income consumers.”

The recent inflation surge has worried some investors. Investor outlook is currently hovering just above where it was during the second quarter of 2020, which was its lowest point since the pandemic. That’s according to the Gallup Investor Optimism Index, a composite of investors’ ratings of various aspects of the economy, personal finances and investments. What’s more, investors haven’t been this pessimistic since 2014.

That survey found that investors’ current sentiment about inflation is now more negative than what their view of unemployment was at the start of the pandemic, when unemployment reached 14.8% in April 2020. That figure is the highest ever recorded by the Congressional Research Service since it began collecting data in 1948.

The good news is that investors are bullish on Wednesday’s news, as stocks closed higher that day after the Fed’s meeting, which is not always the case when the Fed suggests interest rate hikes.

“By taking a fairly aggressive stance, the Fed implicitly stated that the economy is strong enough to take this tightening,” says Giuseppe Moscarini, a professor of economics at Yale University. “The Fed forecast is one of a booming economy in 2022.”

A good rule of thumb for combating inflation is by investing, versus saving money in a traditional savings account. That’s thanks to the magic of compound interest. Your investment strategy could look like retirement planning with an IRA or 401(k), or building a well-diversified stock portfolio in a brokerage account.

And Hartman says, even in a rising-rate environment, that’s no reason to panic.

“As a consumer, don’t go out and stockpile because you’re afraid that gas or food prices might go up,” Hartman says. “That only pushes them higher.”

And even if something like housing, car or Oreo prices are rising, you might not necessarily even see price increases, depending on your lifestyle.

What surging inflation and interest rate hikes mean for borrowers

As far as other types of debt — such as mortgage debt — it depends. Sometimes Fed rate increases lead mortgage rates to rise, but sometimes they fall.

If you’re home shopping, it’s true that higher interest rates may reduce your buying power. That said, you don’t have to panic or rush to buy because of possibly rising interest rates. Other factors go into your home-purchasing decision, including existing home prices, your family’s needs and your employment situation.

“Check that inflation is really hitting the part of the basket you spend more of your budget on,” Moscarini says. “If house prices are going up fast, but rents are not rising as fast and you are a young renter not planning to buy any time soon, then inflation is not as big a deal.”

“If you are in credit card debt, get that paid down,” says Hartman. “If that’s your student loan — and it might be — then go after that. Target the highest interest rate burden that you have, and diminish that debt as quickly as you can.”

Meanwhile, stay focused on your long-term investing strategy. With that, rising rates can be a good thing for your finances — even if inflation hasn’t been.

The article How the Government’s Response to Inflation Could Help Savers originally appeared on NerdWallet.