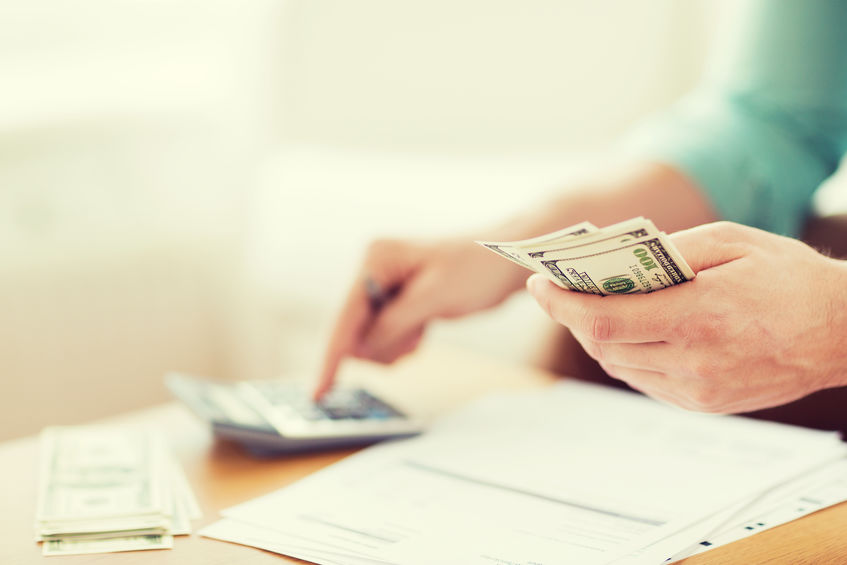 Pursuing student loan forgiveness entails a decade of meticulously recorded payments, hours on hold with your servicer and infinite patience. Success, however, arrives without much fanfare.

Public defender Shelly Tomtschik was in court when she got the email notifying her that the quest was over:

“Congratulations! After final review of your Public Service Loan Forgiveness (PSLF) application and payment history, we have determined that you have successfully made the required 120 monthly payments in order to have the loans listed below forgiven.”

“It wasn’t hitting me,” says Tomtschik, 40, of Baldwin, Wisconsin. “I thought it would be more official or something.”

Tomtschik is among the first federal student loan borrowers to get their loans canceled tax-free through the federal Public Service Loan Forgiveness program. The program, launched in 2007, forgives any outstanding balance after 120 qualifying payments for borrowers who take traditionally lower-paying public service jobs.

But the process is tricky. Just 864 of the 88,006 applications filed had been approved as of March 2019, based on the most recently available data from the education department. The average amount forgiven: $59,244.

What it takes to get public student loan forgiveness

To qualify for PSLF, borrowers must make 120 monthly, on-time payments while working full time in public service for a qualifying employer. You also must:

Tomtschik and another successful applicant, Bonnie Svitavsky, a librarian in Washington state, might add another requirement: Document everything.

Svitavsky, a 38-year-old supervising librarian at Pierce County Library, made payments for two years before she found they wouldn’t count toward PSLF. That’s because her loans weren’t enrolled in an eligible repayment plan.

“It was disappointing, to say the least,” she says.

To avoid any future surprises, Svitavsky set alarms to submit certification forms and logged the details of calls to FedLoan.

“It felt crazy, but it was useful to go back and see I’ve had these conversations,” she says.

For five years Tomtschik didn’t submit employment certification forms, though she got credit for most of her payments. But once she started, she realized the benefit: ensuring every payment would count.

“Make sure you do the annual certification so if there’s any discrepancy in the number of payments eligible that you address it right away rather than try to go back,” Tomtschik says.

More than half of PSLF applications were rejected because they did not meet the number of qualifying payments, according to the Education Department. Some of the other reasons include missing information (25%), ineligible loans (16%), invalid employment dates (2%) or an ineligible employer (2%).

Read the rules — all of them

Tomtschik and Svitavsky could make a good argument for another requirement: Pay attention to the details.

Before submitting her first employment certification form, Tomtschik made extra payments up to $800 to pay down $70,000 in debt. “I was willing to do whatever just to be done with it,” she says.

When Svitavsky learned about a new program – Temporary Expanded Public Service Loan Forgiveness – she realized forgiveness could come sooner than she thought. It’s a $350 million allocation for borrowers who met all of the criteria for PSLF but were making payments under the wrong plan.

This meant the two years of payments that hadn’t counted toward Svitavsky’s forgiveness now could. Last fall she applied, was denied and had to contact FedLoan to say she believed she qualified (this is required practice when applying for the temporary expanded program). In the spring, after months of wrangling, she finally won forgiveness.

The headaches are worth the payoff

By the time Tomtschik’s loans were forgiven last spring, her balance was $86,200 – which was $16,000 more than she originally borrowed.

“I am happy to know it’s gone. My husband still has some student loan debt that we will pay off eventually,” Tomtschik says.

The article Hard-Won Tips From Borrowers Who Got Student Loan Forgiveness originally appeared on NerdWallet.