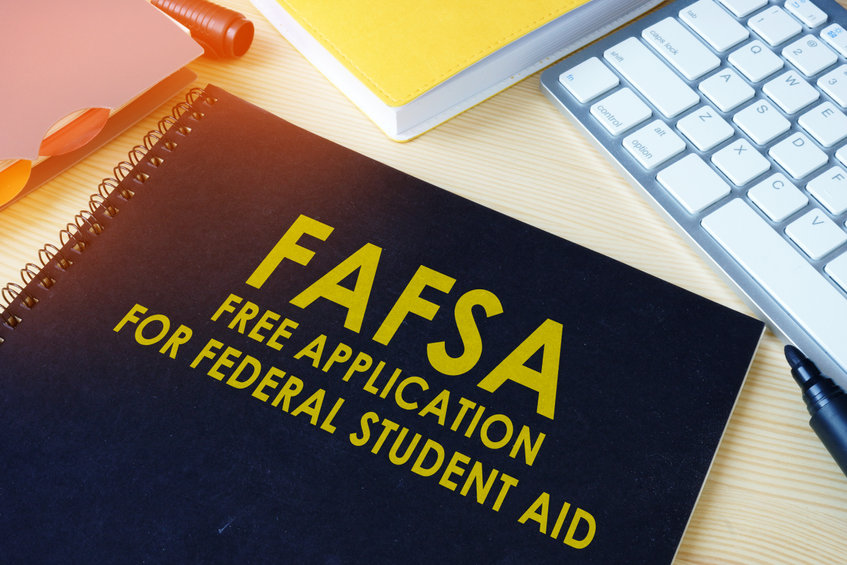 High school graduates are forgoing free money for college by not submitting financial aid applications, according to a new analysis by the nonprofit National College Attainment Network.

The Class of 2021 left behind $3.75 billion in Pell Grant aid by not completing the Free Application for Federal Student Aid, or FAFSA. An estimated 813,000 students were eligible for the Pell Grant — the largest federal grant program offered to undergraduates — but didn’t submit an application for federal student aid, according to NCAN.

“This quantifies exactly how much opportunity, in the form of forgone Pell Grants, students are leaving on the table,” says Bill DeBaun, director of data and evaluation at NCAN. “It’s another component of showing how dire the college-going situation is in the U.S. right now.”

The findings of the analysis are estimates only; it assumes all high school grads who are eligible for financial aid would submit an application and attend college directly after high school. Nonetheless, the analysis does show that a large number of students aren’t submitting the FAFSA, and if students aren’t submitting it, it’s unlikely they’re enrolling in college, DeBaun says. That can have countless long-term impacts, he added.

The pandemic’s impact on FAFSA completion is one of the reasons $3.75 billion went unclaimed.

“A huge part of it is the FAFSA is complicated, and students from all walks of life really need support to get through the process,” says Traci Lanier, vice president of external affairs at 10,000 Degrees, a nonprofit college access organization that supports students before and after enrolling in college.

The pandemic forced much of that support to go virtual, Lanier added, and assisting students over one-on-one video conferencing proved to be a challenge compared with large groups that could gather and learn before the pandemic.

In 2019, 61% of high school graduates submitted the FAFSA, while in 2021, an estimated 53% had submitted the application by June 30, according to NCAN. College enrollment has dropped during the pandemic, along with FAFSA completion.

Since fall 2019, there has been a 5.1% drop in enrollment, which translates to nearly 1 million fewer students enrolled in college now than before the pandemic, according to estimates from the National Student Clearinghouse Research Center.

“This is not a hiccup, this is not a blip in college-going,” DeBaun says. “This is a real trend, and it is something that has and is going to keep having real implications on students’ individual finances, on their family’s finances, community’s finances, and then of course, local, state, and national revenue.”

On the other hand, there are 16 states that have completion rates below 50%, and in the two states with the lowest completion rates, Utah and Alaska, just 37% of high school graduates in 2021 submitted the FAFSA.

Louisiana made submitting the FAFSA a requirement for graduating high school in 2016, and completion rates jumped 10 percentage points in the first year the policy was implemented, says Peter Granville, a senior policy associate at The Century Foundation, a progressive, independent think tank. In Tennessee, students complete the FAFSA at such high rates due to incentives including free community college, Granville says.

“It is implicit in the [mandatory FAFSA] policy that everyone should have a chance to go to college,” says Granville. “I think it has the potential to do a great job starting conversations between students and their schools and their families about going to college and paying for college.”

Submitting the FAFSA is key to paying for college

Each Pell-eligible student in the Class of 2021 who didn’t submit the FAFSA missed out on an average of $4,477 nationally, NCAN estimates.

The Pell Grant is awarded based on demonstrated need, most often to lower-income students, but there is no income limit. The total award depends on details shared in the FAFSA as well as the cost of attendance of the school you plan on applying to.

For students in the Class of 2021 who didn’t submit the FAFSA, 44% said they didn’t do so because they didn’t think they’d qualify for aid, according to student loan lender Sallie Mae’s 2021 “How America Pays for College” study.

The article Grads Left Behind $3.75B in Free College Aid in 2021, Study Says originally appeared on NerdWallet.