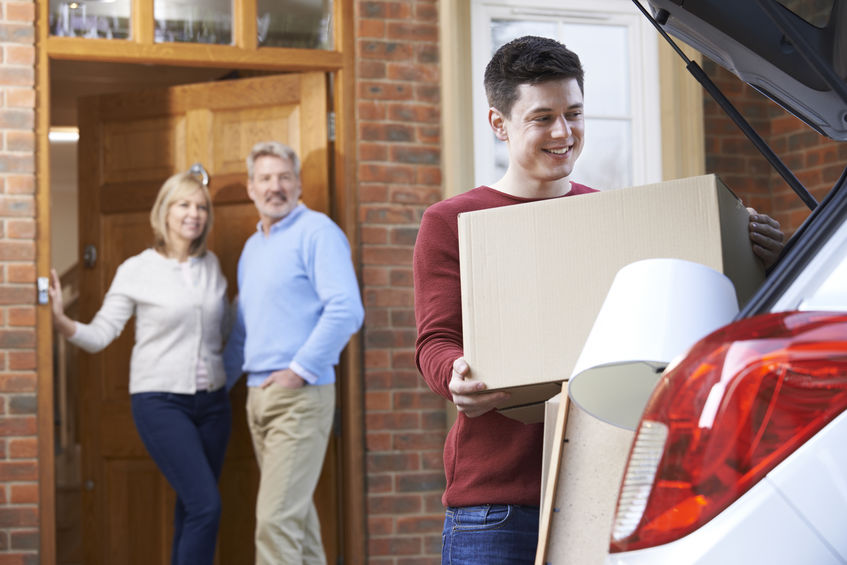 In more than one-third of U.S. families, parents decide how to pay for college, according to a July 2020 report from private lender Sallie Mae.

Half of those parents don’t inform the child of their decision.

Joe Allen, 51, of Frederick, Maryland, did talk about college costs with his daughter, a freshman at the University of Dayton in Ohio. But he understands why some families avoid the topic.

“As a parent, you want to protect your children,” Allen says. “You want to do what’s best for them.”

But what seems best for children may be bad for mom or dad — especially if it means taking out hefty parent student loans without discussing them. Here’s how to avoid that misstep and others when borrowing parent loans.

Students should exhaust free money and federal loans in their names to pay for college. Parents can then cover the remaining costs with federal parent PLUS loans or private loans.

But first, review your current financial situation with your child.

“Have a realistic sit-down with yourself and your family in terms of what (your) finances look like and what’s the best decision for you,” says Rick Castellano, spokesperson for Sallie Mae.

Don’t borrow parent student loans if they’ll put your retirement at risk, you’re deep in debt or you can’t afford the payments. For example, the nonprofit Trellis Company surveyed more than 59,000 parents whose children attended school in Texas and found that most said they struggled with loan repayment at some point.

That doesn’t mean you should avoid the conversation.

Instead, use this opportunity to talk about how much you’ll borrow and to teach your child how to analyze the value of a large purchase.

Allen says he went through a sample budget with his daughter to illustrate the cost of her loans and how they might limit her flexibility in the future.

He liked that the exercise made things more concrete than “just saying don’t take out debt.”

A conversation is also necessary to determine who’ll repay the parent’s loans.

If your child will — and 45% of families expect the parent and child to at least share this responsibility, according to the Sallie Mae report — that can affect your decisions.

Angela Colatriano, chief marketing officer for College Ave Student Loans, says some families want the child’s name on the loan because he or she will repay it.

“They don’t want a handshake agreement,” she says.

But only the parent is legally responsible for a parent PLUS loan. You’ll need to weigh that when considering borrowing options.

PLUS loans have less stringent credit requirements than private loans and offer everyone the same fixed interest rate. However, PLUS loans also have large origination fees and are available only to parents — guardians and grandparents aren’t eligible, for example.

Your ultimate goal should be getting the least expensive loan you qualify for. If that’s a PLUS loan, make sure everyone is on the same page for repayment.

Kingsbury suggests writing a simple, one-page agreement that “would spell out what the expectation is and what happens if there’s a conflict.”

Parents who prefer private loans can borrow in their name or co-sign with their child. Either option means you’ll be responsible for the loan.

“It comes down to a family decision,” Castellano says. “Families should explore both options.”

But he says that co-signing can benefit students in ways that borrowing on your own can’t, such as helping them build credit.

Also, because a co-signed loan has two applicants, you may get a better interest rate. However, lender underwriting policies differ.

For example, Allen initially got a much higher rate on a co-signed loan than he expected. The lender told him that was because it combined his credit score with his daughter’s.

“I didn’t understand that,” Allen says. “I thought if I’m co-signing and bringing good credit to the equation it should be a better rate.”

He applied with a different lender and got what he called a “much better” rate. Allen plans to take out that loan once his family can no longer fund the education on their own.