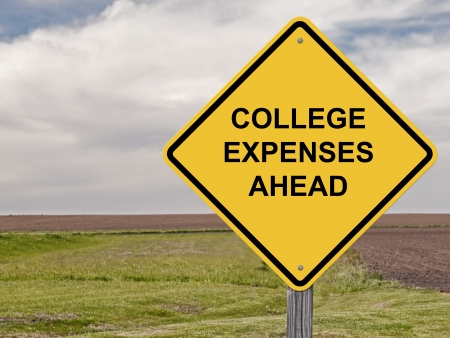 College attendance costs get all the attention, but you’ll start paying for school when you begin the application process. Factoring in the costs of test preparation, test taking and applications, expect to spend at least $678 — and perhaps thousands more — before you’ve received acceptance letters, according to NerdWallet’s calculations.

Read on to learn more about the college application process and how you can cut costs if they’re unmanageable.

When asked how many applications students should submit, “It depends” is the answer college admissions experts give most. They mean you should apply to a mix of safety and reach schools, as well as “match” schools that are likely to be good fits — between five and 12 schools total.

If you’re worried about affording tuition, you might benefit from applying to more schools, says Mandee Heller Adler, founder of International College Counselors, a college advising company based in Fort Lauderdale, Florida. You’ll pay more in application expenses, but if you’re looking for scholarships, the more opportunities, the better.

Application fees range up to $90, but the most common amount is $50, according to a 2015 U.S. News survey. For our calculations, we assumed that students would apply to eight schools and pay $400 in application fees.

Choosing to take the ACT, the SAT or both isn’t a matter of cost: The two tests are widely accepted and similarly priced. Experts say you should take both and report the results of your highest-scoring exam.

Without the essay, the SAT costs $45 per student, and the ACT costs $42.50. We assumed a student would take each test once, then take one a second time. To approximate the costs of taking one of the tests a second time, we averaged the two costs ($43.75).

“If you do have a test you score better on, then we say, repeat your stronger test,” says Beth DeBeer, high school guidance counselor at John Jay High School in Cross River, New York.

Preparing for the test

To prepare for the SAT or the ACT, some students use books or online practice tests; others hire private tutors. Online test prep courses are a good middle ground for many. In our calculations, we used the cost of an online course by the test prep company Magoosh, which partnered with NerdWallet on this study. Their six-month online course costs $99. College preparation stalwarts Princeton Review and Kaplan each charge $299 for a self-guided SAT online test prep course.

Applying to college could cost much more

“At least” is the operative term when ballparking college application costs. You’ll see your test prep expenses increase quickly if you hire a tutor at $100-plus per hour or opt for a pricier test prep course. Princeton Review’s “Ultimate Classroom” option, for example, is a traditional classroom prep course that starts at $849, while Kaplan’s “Unlimited Prep” option costs $1,599. It lets you take and retake PSAT, SAT and ACT courses as often as you want until December of your senior year.

Visiting a far-off school can also add to your application expenses. And some students can’t afford the costs of travel, accommodations and food.

However, the college visit can signify interest, an important admissions factor, especially at the most competitive schools. According to the 2015 State of College Admissions Report by the National Association for College Admission Counseling, 16.9% of colleges surveyed said a “student’s demonstrated interest” was of considerable importance and more than one-third said it was of moderate importance.

It’s an important factor in admissions to Connecticut College in New London, Conn., says Andy Strickler, the school’s dean of admission and financial aid. But the college recognizes that visiting campus can be cost prohibitive to some applicants, so it hosts an annual fly-in program known as Explore Weekend. During this weekend, interested students from underrepresented groups receive transportation to campus, lodging and meals. Many colleges nationwide offer these programs.

“There’s a certain level of access that’s afforded to families who have socioeconomic means at their disposal, so this is an effort on our part to combat that barrier to the process that socioeconomically disadvantaged families might experience,” says Strickler.

Other ways to save on college applications

If your family can’t afford application costs, there are other ways to save. First, ask prospective schools about fee waivers. Schools typically require only that a high school guidance counselor confirm you qualify. You might if you benefit from free or reduced lunch programs.

The SAT and ACT also offer fee waivers, and there are less expensive ways to prepare for standardized tests, including borrowing materials from your high school or local library. Some colleges today don’t require a standardized test at all; if one of these is on your list, you stand to save some money.

Once you’ve been accepted and chosen a college, turn your attention to financial aid. Exhaust your federal options first, including federal student loans, scholarships and grants. Private student loans generally carry higher interest rates, but can help you cover additional expenses if necessary.

The article Applying to College? Expect to Pay at Least This Much originally appeared on NerdWallet.