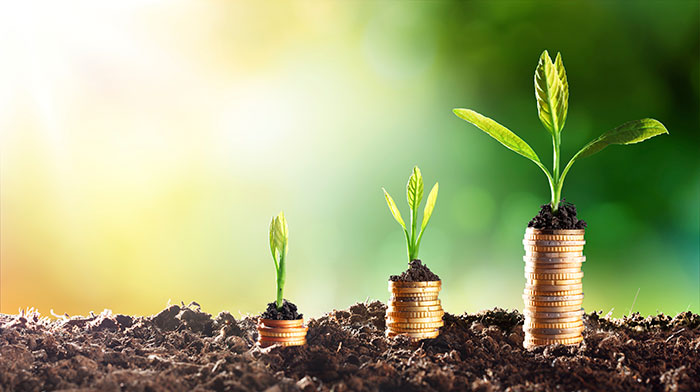 In December, the Federal Reserve increased the federal funds rate for the first time since 2006. This boost, which raised interest rates, should be great news for savers, who have had to accept almost laughably small yields on their cash for the past decade.

But when NerdWallet looked at interest rates on savings over the past decade and lined that up with how much people are actually setting aside, an unsettling truth emerged: Most Americans aren’t saving enough money to cover emergency expenses, let alone enough to see a substantial return on their account.

Sure, it doesn’t help that interest rates on savings have been so measly, hovering at just over 0% since 2008. Even savings accounts with the highest interest rates offer only about 1.05% these days. NerdWallet research shows savers earned as much as 4.5% in 2006.

The Fed meets again March 15-16 to discuss another possible increase to the federal funds rate. To understand the connection between interest rates and your savings, NerdWallet compared how much $25,000 worth of high-interest savings would have earned in 2006 (at a rate of 4.5%) with how much those savings would earn in 2016 (at 1.05%).

Now, consider the difference on a national scale. NerdWallet applied the personal savings rates of 2006 and 2016 to the average disposable (post-tax) personal incomes in the respective years. According to the Bureau of Economic Analysis, the average American saved 3.3% of $33,591 in 2006 and is expected to save 5.2% of $42,350 in 2016.

Roll those per capita numbers up to the U.S. population, and the aggregate high-interest earnings in 2006 were $15.2 billion, compared with $7.5 billion expected in 2016 — a difference of roughly $7.7 billion.

Even with lower interest rates, Americans are saving more than a decade ago. People are generally stashing more money in savings than they were in 2006. The average American in 2006 saved 3.3% of disposable income, but by 2016, the amount saved had grown to an estimated 5.2%, according to the Bureau of Economic Analysis.

On average, Americans are saving too little. The average American is projected to earn a disposable income of $42,350 in 2016, according to the Bureau of Economic Analysis. If 5.2% of that income is saved, it works out to $2,202.20 in annual savings — which likely isn’t enough to cover a new furnace or other emergency expense.

If the saver receives an interest rate of 1.05%, the account will yield $23.25 annually. But if the savings account gets the 0.01% offered at most large banks, the saver will earn 22 cents in interest. To increase your savings, NerdWallet advises people to start saving 10% of each paycheck and work their way up to 20%.

There’s no telling whether interest rates will continue to rise, but there are ways to increase your savings. Here are some suggestions from Devan Goldstein, NerdWallet’s banking expert.

“If I can only be making 50 bucks in the best of times, then I’m not saving enough,” Goldstein says.

“The hope is that rates will get better, and then you will make some money, and that will be great,” Goldstein says. “But you need to be saving one way or the other.”

Goldstein advises saving at least 10% of every paycheck and working your way up to 20% to meet long-term savings goals, like college and retirement. Plus, the more you save, the more you’ll earn.

In the short term, work to pay off high-interest debt, like on credit cards, while building a solid reserve in your savings account. “Aim to have enough money in a rainy-day fund to cover three to six months of essential expenses,” Goldstein says.

Once you’ve established your emergency fund and achieved your short-term financial goals, Goldstein suggests looking into other saving and investing opportunities, such as CDs, 401(k)s and Roth IRAs.

“The savings account is one cornerstone of a solid financial plan, even if you’re not earning as much interest as you’d like,” he says.

Do a strategy check

Use the recent rate increase as a chance to rethink your strategy. The higher federal funds rate will likely translate to higher interest rates offered by financial institutions, particularly if the rates continue to rise. It won’t happen overnight, Goldstein says, but, “one year, two years, three years go by, and at some point, we’ll all be making money on our savings again.”

Keep in mind that there’s no account, product or strategy that will work for every saver.

“Sometimes switching accounts wholesale makes sense; sometimes it’s easier to dip a toe in the water by opening a new account, saving in it for a specific goal and seeing how you like the institution and product you’re using,” Goldstein says. “Sometimes you may want to switch product types, going from a savings account to a CD, for example, if your goals for the money have changed.”

NerdWallet used a savings of $25,000 along with the data cited below to compare the interest earned in 2006 versus 2016.

Annual interest earned on personal savings. We multiplied the savings of $25,000 by the interest rate, which we compounded daily.

This article originally appeared on NerdWallet.