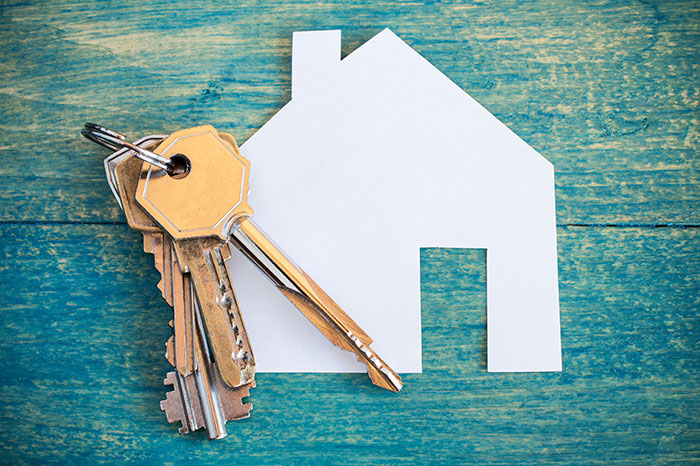 When Kristin and Sean Couch were ready to buy their first home, they feared that one thing would hold them back: Kristin’s student loans. Her broadcast journalism master’s degree from Syracuse University had left her more than $80,000 in debt.

But becoming a homeowner is possible even if you have student loans. The Couches bought their 2,900-square-foot Craftsman home in Gainesville, Georgia, last spring. Here’s how you can do it, too.

Shop for a home you can afford

Home shopping can be tempting. Three-car garages! Granite countertops! Stainless-steel appliances! Before you get carried away, research the type of home you actually can afford. If you’re a first-time homebuyer, you may have to settle for a starter home instead of your dream abode.

But there are good reasons to buy a home sooner rather than later, namely tax incentives and the opportunity to build equity, says Brian Koss, executive vice president of Mortgage Network, a Massachusetts-based independent lender.

When lenders evaluate you for a mortgage, they typically look at four things:

Your debt-to-income ratio shows the lender your total financial obligations — including car payments, credit card debt and student loans — compared with your income. Lenders are looking for borrowers with a debt-to-income ratio of 36% or less, including the monthly mortgage payment. To keep yours low, pay off as much debt as possible before applying for a mortgage.

The Couches focused on paying off Sean’s truck and their credit cards, which they’d relied on when Kristin was “making less than peanuts” in her first few jobs. When they got their mortgage, their only remaining debt was from Kristin’s student loans.

Even without other types of debt, having a lot of student loans could give you a high debt-to-income ratio. To lower that ratio and show your mortgage lender you have enough extra cash to make your monthly mortgage payments, consider refinancing your student loans or switching to an income-driven repayment plan to lower your monthly student loan payment.

There are tradeoffs involved with both refinancing and income-driven repayment plans. When you refinance federal student loans, they become private loans and you lose federal protections, including access to income-driven plans and federal forgiveness programs. Income-driven plans, which cap your monthly payment at a percentage of your income, increase the amount of interest you’ll pay over time because they extend your term length.

Most mortgage lenders won’t mind if your overall student loan debt will increase; they’re primarily concerned with your monthly payment, says Kevin Hanson, director of lending at Gate City Bank in Fargo, North Dakota. But you’ll save the most money on your student loans if you minimize the amount of interest you’ll pay over the life of the loan.

When mortgage lenders look at your credit history, they’ll want to see that you’ve paid off other debts on time, including your student loans, car payments and credit cards. If you’ve proved you can handle debt responsibly and you have a good credit score to show for it, mortgage lenders will be more likely to approve you – even if you still have outstanding student loans.

“A student loan is never negative,” Koss says. “It’s just a question of whether you pay it on time.”

Save for a down payment and closing costs

Buying a home doesn’t just involve taking on a mortgage – you’ll also have to pay upfront for closing costs and the down payment. Closing-related costs include the home inspection, mortgage loan origination fee, mortgage insurance, homeowners insurance premium and title fees. In total, closing fees cost the average homebuyer about 2% to 5% of the home’s price, according to Zillow.

A traditional down payment is 20% of the cost of the home, but there are other options for borrowers today, such as putting less down and paying for private mortgage insurance each month until you build 20% equity in your home (though the less you put down, the more you’ll pay in interest).

Despite Kristin’s student loans, the Couches were able to buy their home with just 3% down through a local bank. But that doesn’t mean her student loan payment isn’t still a burden. “It’s as much as a second mortgage,” she says.

Still, to her, owning a home is worth the extra responsibility. “It’s yours,” she says. “You bought it. It’s something tangible that you can see.”

This article was written by NerdWallet and was originally published by USA Today.

The article 5 Tips For Buying A Home If You Have Student Loans originally appeared on NerdWallet.