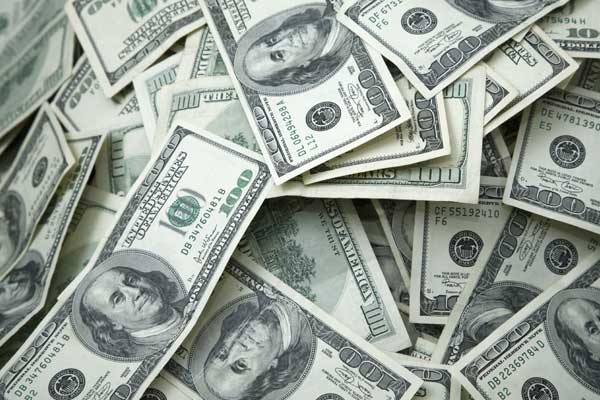 If only Jessie J’s lyrics were true more often.

As high school students, most of us haven’t started thinking about retirement plans or future investments. But there are a few simple things any teen can do to set themselves up for a successful and profitable future.

The Mash talked with Econ Illinois President Lori Berkes-Nelson and Chicago-area teens about what you can do today to save for the future.

START A BANK ACCOUNT
If you don’t already have one, consider opening a savings account. The money you put away today could help you discipline yourself in the future.

“Virtually, what it does is that it teaches (you) not to live paycheck to paycheck,” Berkes-Nelson said. By the time you’re earning your own money, you’ll be used to putting away a chunk of change. You’ll also have a better idea of how much money you need to put away to support yourself.

Niles West junior Tina Conis has been putting money in her bank account since she was 8 years old. “I make a deposit about twice a year, one after Christmas and one after my birthday,” Conis said. “Even though interest might not be a lot, it’s still a lot better than what you would earn from it sitting in the piggy bank.”

SAVE AT LEAST 10 PERCENT
Birthdays, Christmas, Hanukkah, graduation and your weekly allowance are all money-making opportunities for teens who don’t work.

You probably don’t want to save every single dollar—or even half of that money. But by saving just 10 percent (one dime for every dollar) of your money, you’ll have enough to spend on fun stuff and have some left for the future. For example, if your parents give you a $10 allowance, you would put away just $1.

Niles North senior Justin Valencia said he’s already seen the benefits of putting money aside. “I save more than I spend so I can still buy myself stuff that I really want and save backup money at the same time,” he said.

CREATE A BUDGET
Making a list of your wants and needs is also an important step. Whether you use an app on your phone, an Excel spreadsheet or a handwritten diagram, there are many ways to organize a budget.
By doing so, you allow yourself to keep in mind how much money you need to put away for certain things and how much money you can actually save for your future.

Berkes-Nelson also suggests sitting down with a parent and going over general, everyday expenses.
“It helps you formulate on things, whether it’s gas or transportation if you want to buy something more expensive,” she said.

COLLEGE-BOUND ADVICE
As you get closer and closer to the day that you have to put down a deposit for college, there are many ways you can avoid drowning in debt. Take time to research grants and scholarships. Even if it’s just $100 or $500 here and there, the money adds up.

Though it might not always be enough to pay for a whole year’s tuition, the money you get could pay for books, supplies and boarding fees.

“Knowing what your current financial status is and knowing eligibility for financial aid and identifying scholarships … those are really crucial things to look at,” Berkes-Nelson said.

Although having college loans might scare you, Berkes-Nelson said she encourages students to take consider it.

“I think it’s important to note that it’s OK to take out student loans. It goes back to the economic decision, ‘Is this going to be valuable for me?’ ” she said.

College might be expensive, but it’s also an investment in your future. As long as you’ve considered all the financial variables, you shouldn’t be scared to take the leap.

“This article, 4 Steps to a Money-Making Future, was originally published on themash.com.”